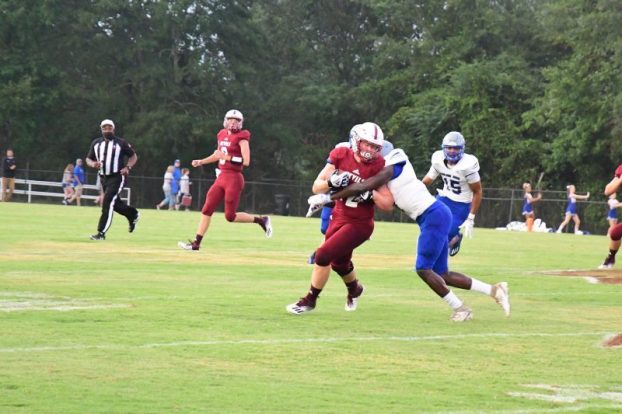 Football season is back. This weekend, three Chilton County teams will host their season openers, while others will begin their season on the road.

With optimism flowing at the beginning of a new season, here’s how each team is looking going into their week one matchup.

For a second straight season, Isabella High School will open up its season against Fyffe High School. Fyffe currently has the longest winning streak in the state and is the winner of three straight state championships.

The Mustangs lost resoundingly to Fyffe in the 2020 season opener, 48-0. That loss was followed by 11 straight victories for Isabella, who eventually fell short of a state championship after a deep playoff run.

Expect Isabella to give Fyffe a challenge this time around, however, the Red Devils will once again be Isabella’s hardest game on the schedule.

Verbena High School will host Central Coosa to open its season. This game will be Allen Brothers’ first as head coach of the Red Devils.

Verbena won this matchup in 2020, taking down the Cougars by a score of 34-28. Each team won three games last year by forfeit, with Verbena’s only win of the season on the field being against Central Coosa.

This should be a tightly contested game as it was last year. The winning team will be the one that makes a game-changing play in the fourth quarter. It is very likely that team could be Verbena, who hope to start the Brothers era off with a home victory.

Chilton County High School will be starting off its season against Central Clay County for a second straight season. In 2020, the Volunteers knocked off the Tigers by a score of 35-0.

That opener would unfortunately be a sign of things to come for Tal Morrison’s squad as CCHS limped its way to a 1-9 record.

This will be an early test for a new-look CCHS coaching staff. While this matchup may be more competitive than it was last season, the Volunteers look to be a very difficult challenge for the Tigers to open the season.

Another rematch of a 2020 season opener, Maplesville High School will take on Highland Home to kick off the 2021 season. Maplesville won this matchup a year ago, knocking off Highland Home by a score of 28-20.

This year’s Maplesville roster will have plenty of new faces. They will have to overcome losses such as former starting QB Jackson Abbott to beat Highland Home once again. The Red Devils do have some returning talent, such as senior running back Brady Harrison, who will look to get Maplesville’s 2021 season started with a win.

Once again, this game is a rematch from a 2020 season opener. One year ago, Billingsley beat PCA to open the season, winning the game by a score of 19-13.

Billingsley returns a lot of talent from its 2020 team, including starting QB Levi Arington. The Bears finished the 2020 season with a record of 5-5 before falling in the first round of the playoffs.

Prattville Christian on the other hand was winless in 2020.

This is a game that is very winnable for the Bears to open the season. Look for them to possibly repeat what they did last season and get the 2021 season started off on the right foot.