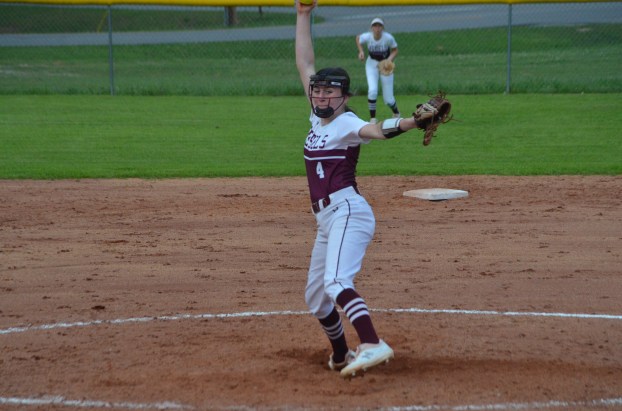 Makinley Turner was incredible in the week of March 26-April 1. Not only did she strike out 14 hitters in a shutout win over Maplesville, she hit a walk-off home run to win an April 1 match against Holtville High School for the Rebels. (FILE)

This week’s athlete of the week is Thorsby softball player Makinley Turner. Turner was exceptional in the two games the Rebels played this week, and played a huge role in both resulting in victories for Thorsby.

On March 30, Turner threw a complete game shutout in a 10-0 win over Maplesville High School. Turner gave up just two hits in the game while striking out 14 of the 17 hitters she faced in the victory.

While Turner did not get the start on the mound for the Rebels in their April 1 victory over Holtville High School, she made her presence felt from the batter’s box. Turner went 1-for-3 in the game, but her one hit was a massive one. With the Rebels trailing 8-6 in the bottom of the seventh inning, Thorsby had runners on second and third base and two outs, and Turner was up to bat. She smashed a home run to center field, driving in three runs to win the game for Thorsby 9-8.

Bolton made two starts for the Jemison softball team this week, both shutouts to give the Panthers a perfect 2-0 record for the week.

In the first game, a 3-0 win over Maplesville High School on March 29, Bolton pitched all seven innings. She gave up no runs off six hits with zero walks and 11 strikeouts.

Bolton would match that strikeout total once again on April 1 in a 10-0 win over Isabella High School. Those 11 strikeouts were much more impressive though, as she got them in just five innings instead of seven. She gave up just three hits and no walks in the victory as well.