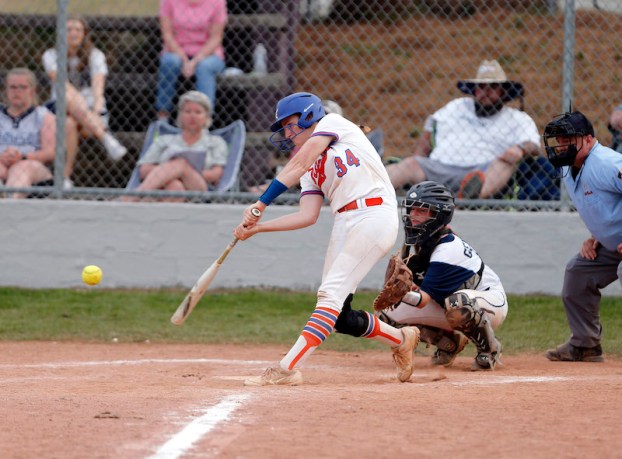 Marlie Giles displayed complete dominance from the plate in the week of March 12-19. She went 11-for-17 in five games, hitting five home runs and 12 RBI’s. (FILE)

In the five games she played between March 12 and March 19, Giles went 11-for-17. That was good for a batting average of .647. She also hit five home runs and 12 RBI’s in those games, a big reason why CCHS won all five games played in the week. Three of those home runs came in the County Championship game against Jemison High School. In that game, Giles went 3-for-4 with the aforementioned three home runs and five RBI’s to help CCHS win 10-0.

Edwards enjoyed a productive couple of games at the plate for Thorsby High School. The Rebels played in just two games in the week of March 12-19, but both were wins in the Chilton County Baseball Tournament.

After falling to CCHS 2-0 on March 11, the bats came alive on March 12 and 13, both huge wins for Thorsby in which Edwards played a big role.

In a 13-4 win over Verbena High School on March 12, Edwards hit 3-for-4 with two singles and a double, also tacking on three RBI’s.

The next day, Edwards hit 2-for-4 with two singles and an RBI in a 17-5 victory over Isabella High School.

For the week, Edwards’ final stat line was 5-for-8 with four RBI’s in two games played.