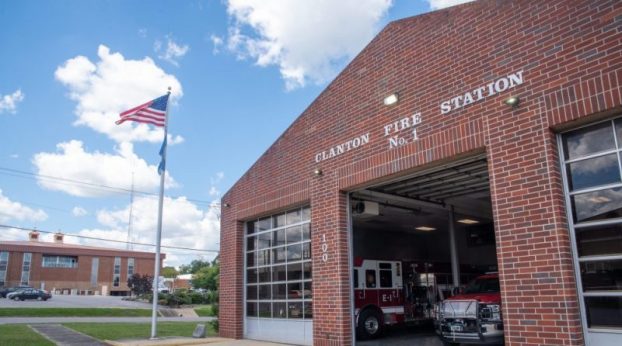 The Clanton City Council is expected to consider approval for the Clanton Fire Department to apply for a grant that could fund making the fire department full time during its March 8 meeting.

If the department received the grant, it would fully fund hiring full-time firefighters and paramedics for three years. This includes funding for health insurance.

Driver said the grant will usually only cover a portion of the cost for three years.

The department wants to apply for approximately $4.6 million.

The plan calls for eight firefighters (including one paramedic one captain and one lieutenant per shift) at each station working a 24-hour shift.

Driver said he has talked to the city grant writer, and she mentioned that she has only been successful in getting a SAFER grant approved once. This application has been made available to the Clanton department in modeling their application.

Information collected for the city by the human resources company it has contracted with was used to determine the cost for having a department of 24 full-time employees (not counting the chief) using average salary figures. These positions would be divided into four categories: firefighter firefighter/paramedic, captain and lieutenant.

Right now, the department has one full-time employee, the fire chief, while firefighters and paramedics are paid per call.

“The reason we chose 24 people is because the way the wording of the grant is … we have a better chance of getting it if we take our current … volunteer members and transfer them to full time,” Driver said.

If the grant is approved, the department would have to hire the employees within six months.

Driver said the plan is to apply for the maximum amount in case all of the employees hired would be paid at the paramedic rate.

The Council also discussed the need for new equipment for the department, which would be needed whether the grant was received or not. This includes at least one new fire truck.

“Three years from now there are a lot of things that could happen good or bad,” Clanton Mayor Jeff Mims said.

He said after three years, the city may not be able to fund three full-time stations, but “might be able to go down to one full-time fire (station).”

He said a full-time fire department would be good for businesses wanting to locate in the area.

Fire volunteers, the majority of which work full time at fire stations in other cities, stated they would need to know the positions were permanent before leaving their current jobs.

The March 8 meeting is the final scheduled Clanton City Council meeting before the grant application deadline.

Council members also received an overview of the city’s financials so far this fiscal year from the city clerk.

Other topics were brought up as needing to be discussed at a later date including lodging tax options, potential lease agreements or rent to own agreements on some of the buildings the city owns and addressing tall grass on empty lots by cutting the grass then putting a lien on the property.