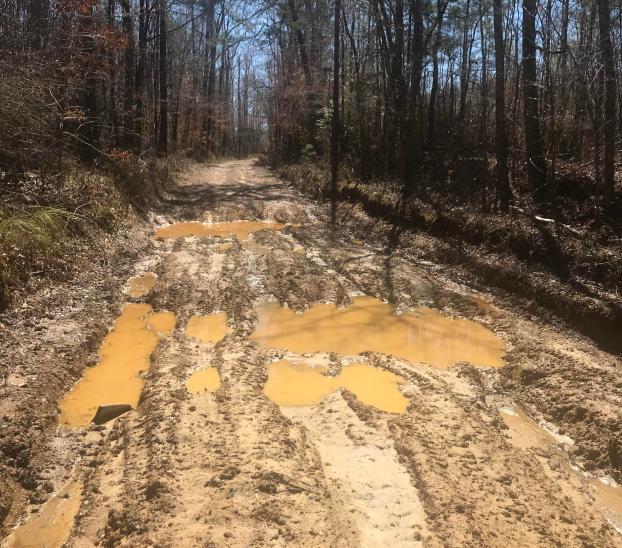 Travel by wagon or stagecoach along the unimproved roads could be challenging and dangerous. (CONTRIBUTED)

Travel in the 21st century is a matter of convenience. Today, the average traveler can cross continents and oceans by air in complete comfort and safety within a matter of hours. For those who prefer the more relaxed pace of the automobile, average speeds along interstate highways make the world outside pass at a rate that exceeds one mile every minute. Planning a trip today requires only a Google Maps application that provides a route, an estimated time of arrival, convenient options for hotels, food and fuel and even a weather forecast.

Between 1815 and 1820, as the first settlers began their journeys from the Eastern Seaboard to settle in what would become Chilton County, the pace of travel was significantly slower and far less convenient. A trip that today could be completed in a matter of hours would have required weeks or even months in the wagons and stagecoaches of our ancestors.

Travel along the infrequently maintained postal roads of early Alabama required patience, the ability to adapt to changing circumstances and a strong sense of adventure. Between the hills, slippery roads and the many obstacles that impeded their journey, travelers could expect only to creep along in the most tedious manner. Often, when the condition of the road was so rough that riding became impossible, travelers would be required to disembark from their wagon or other conveyance to continue by foot. Experienced passengers became skillful in shifting their weight to keep the stagecoach or wagon level on the rough sections of road.

Travel at night proved even more challenging. According to the book “The Federal Road” by Jerry Elijah Brown, “Flaming pine knots mounted on arms beside the coach provided a most brilliant illumination of the road, extending into the forest. This rudimentary form of lighting left a long trail of smoke and bright sparks, while the glare of light in the trees gave the appearance of tall specters dancing in the gloom.”

Located approximately 16 miles apart, a distance equal to an average day of travel on foot, early stagecoach stops, inns and taverns frequently consisted of rough-hewn log or clapboard construction. Mud mixed with Spanish moss often filled the cracks between the logs if the owner made the effort to fill them at all. Glass pane windows were virtually unknown while poorly maintained walls and roofs were often inadequate in keeping out the rain and cold wind. Strangers shared rooms and often beds that were infested with fleas or bedbugs. The proximity of the guests guaranteed sleepless nights filled with a variety of unpleasantness as the slightest noise in one room could be clearly heard in the next.

Food at these stops consisted primarily of what could be hunted or grown locally. Turnip soup, beans, corn, venison, roast chicken and pork with sweet potatoes were common fare for the weary traveler. Guests could choose between buttermilk, sweet water from the well or whiskey to satisfy their thirst.

Two centuries later, traveling along the interstate with the cruise control set to the speed limit, sitting in climate-controlled comfort while listening to an audiobook, music or talking on the phone using a hands-free device, it is difficult to fully appreciate that the distance traveled each half-hour is greater than our ancestors were able to travel in a day. With the passing of each generation, there are those who look back to reminisce about the good old days. It is worth remembering that some aspects of the good old days were not as good as some folks would have us believe.

By Elisabeth Altamirano-Smith/ Community Columnist This weekend marks a unique time for mankind and our ability (or inability) to measure... read more