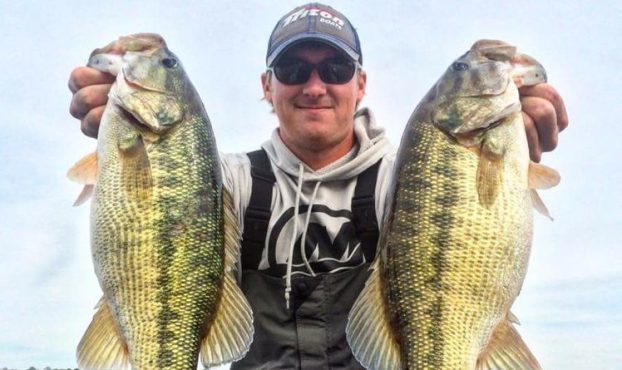 Former Clanton-native Dustin Connell won his first championship as a member of the Bass Pro Tour on Feb. 26. He took home a $300,000 prize as well as a large trophy for his performance in the REDCREST 2021 championship event.

Connell, after being in 19th place just two days into the event, rallied over the final three days to clinch the victory on Championship Friday. He caught 12 bass on the final day, the total weighing 36 pounds, 15 ounces.

It was a fight to the finish for Connell. He had Michael Neal, a Dayton, Tennessee native, on his heels for almost all of the final period. Connell prevailed in the end though, as Neal finished with just 10 bass that weighed a total of 31 pounds, 4 ounces on the last day. The final stretch of the event was particularly stressful for Connell.

“The last 10 minutes I was pretty shook up,” Connell said. “You know, I kept my composure all day long as best I could, but that last 10 minutes though was pretty stressful on me. It was one of those deals, you know, you had fished all week, and it’s just like ‘oh my gosh here we go we got 10 minutes left. Is it going to happen or is it not?’ Finally, they counted it down and the day was over with, and I got pretty emotional. I was pumped up.”

Being emotional is quite natural when achieving such a career-changing victory. Now a champion, Connell couldn’t help but remember his days learning to fish at Lake Mitchell and Lake Jordan in Chilton County. He went from being a child with a dream to a Bass Pro champion, and he was quick to give his thanks to his supporters back home that helped him get there.

“I just want to say thanks to everyone in the Clanton-area for all the support the last few years,” Connell said. “I’m going to keep trying to work hard and make you guys proud.”

That work hard attitude is in full effect for Connell. Many would take time to enjoy such an accomplishment, and take a break from fishing. Just days after winning his first championship, Connell’s mind is already on the next as he is preparing for a tournament in Texas in two weeks.

“You know, you’ve always got to set goals,” Connell said. “Short-term goals, long-term goals, and winning this tournament was definitely a long-term goal, but once you reach a goal you set another one … So, I just take these tournaments one at a time, and I’m just looking forward to going to Texas and having a good finish there, and then potentially getting another win and just staying after it. You can’t ever let the foot off the gas.”