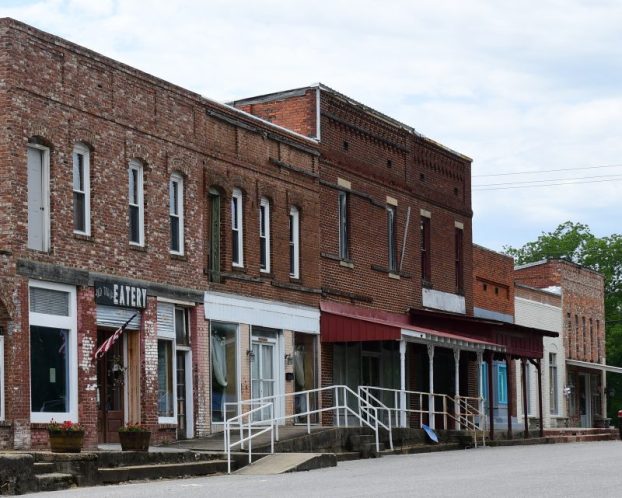 The Jemison City Council took the next step toward planned improvements for Main Street during a voting session on Jan. 19.

The Council approved having Mayor Eddie Reed sign the necessary agreement with the Alabama Department of Transportation for the city to move forward with improvements to be paid for through a Federal Transportation Alternatives Program grant.

City Administrator Shannon Welch said the reimbursement grant required the city to pay 20 percent of the project and ALDOT funds will pay 80 percent, bringing the grant total to $600,000.

The project will replace sidewalks and hand railings along Main Street from Church Street to Padgett Lane as well as add a curbed island, trees, marked parking spots and historic-styled lighting. The pavilion in the adjacent park will also be replaced.

Following the City Council vote, project plans will be prepared to submit to the Alabama Historical Commission, EPA and ALDOT for review.

“We’ve been told that ALDOT’s process wouldn’t take any longer than four weeks,” Welch said. Welch anticipates the Historical Commission review taking the longest to get back.

“Our city engineer will be preparing all of the necessary documents,” Welch said.

Because it is unknown when the review process will be complete, a start date for the project has not been set.

During the meeting, Councilman Rex Bittle asked in ALDOT would be doing any paving related to the project. Welch said ALDOT’s part of the agreement was the funding, and the project would be bid out to a contractor once it received the necessary approvals.

“Our engineer will be in charge of the inspections to ensure the contractor does what the contract document says, and we will actually pay the contractor, then we will submit for reimbursement back to the state,” Welch said.

Welch said ALDOT will also do a final review of the completed project.

In a previous meeting, Reed said that the stretch of Main Street selected for the streetscape project had six new businesses locate there in recent years.

Residents of Chilton County took time to celebrate the life of Martin Luther King Jr. and what he stood for... read more