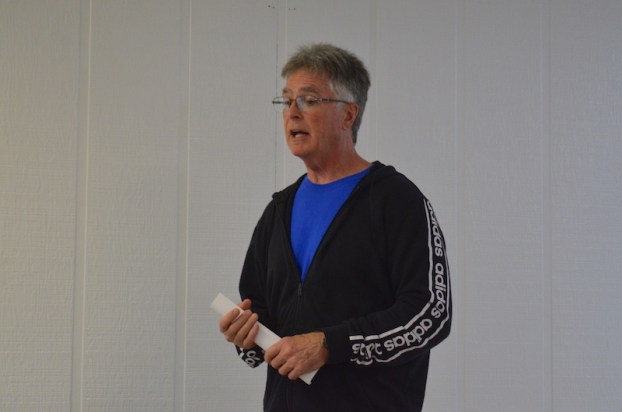 He found that missing piece through Celebrate Recovery.

Currier spoke about the program and what it has meant to him during a Clanton Kiwanis Club meeting on Jan. 14.

Currier said the program is not just for “the addict that is struggling … but it is also for family members.”

There are separate programs for children and youth.

Currier said because of sin everyone tends to protect themselves, which can often lead to hurting others and developing unhealthy coping mechanisms.

This is one reason Celebrate Recovery does not focus on one type of addiction or problem but is open to anyone wanting to address a “hurt, habit and hangup” they want to overcome.

The curriculum was developed by John Baker and Pastor Rick Warren at Saddleback Church in 1991 from the Sermon on the Mount given by Jesus in the New Testament.

“The Bible is full of recovery stories,” Currier said.

Currier was drawn to the approach of Celebrate Recovery as different from other 12-step programs.

“It will lead you through a healing process,” Currier said. “One of the things I love about this program is that it is biblically based. Each step has a biblical comparison. We feel like with Christ in the middle, the healing can be permanent.”

Currier had been a successful salesman, but “I had more dollars than sense.”

“It led to a faster life than what I was really accustomed to,” Currier said. “There had been some addiction problems in our family that I had heard about, (but) never really witnessed. I became a victim of that as well. My desires for having fun and not having a whole lot of boundaries took me down pretty quickly.”

This impacted his work and his life.

“Even my drug dealers … were telling me to go get help,” Currier said.

He returned to his parents’ house. Although Currier said it was “a little embarrassing,” he said the move “saved his life.”

A second thing that set Currier wanting to recover from addiction was when his stepson found his drugs.

“That saved my life,” Currier said. “That was in 1995. Sept. 2 is the date that I chose in 1995 because I really don’t remember the first day that I felt freedom from drugs … that lifestyle.”

His family said he had to get help, and Currier became a part of Narcotics Anonymous. However, while doing the NA 12-step program he felt like there was something more he needed. This led him to attend church and a Celebrate Recovery meeting when a friend invited him.

Each Celebrate Recovery meeting has a meal, worship time and teaching, followed by separate small group meetings for men and women. The teaching time often includes someone sharing their testimony.

“CR uses the biblical truth that we need each other to grow spiritually and emotionally,” Currier said.

Currier said he was surprised to see a recovery program that included Jesus Christ. He joined the group and began inviting his friends.

How to establish healthy boundaries is a big component of the program. There is also a service component because the 12th step is about giving back.

“Celebrate Recovery also focuses on personal responsibility rather than the accuse and excuse game. How we respond to adversity is what we are focused on,” Currier said. “Celebrate Recovery is forward looking, not focusing on the past, but finding ways to make better choices.”

More information is available at celebraterecovery.com.

The Chilton County Commission agreed to have the chairman and administrator sign a timber license agreement prepared by the Chilton... read more