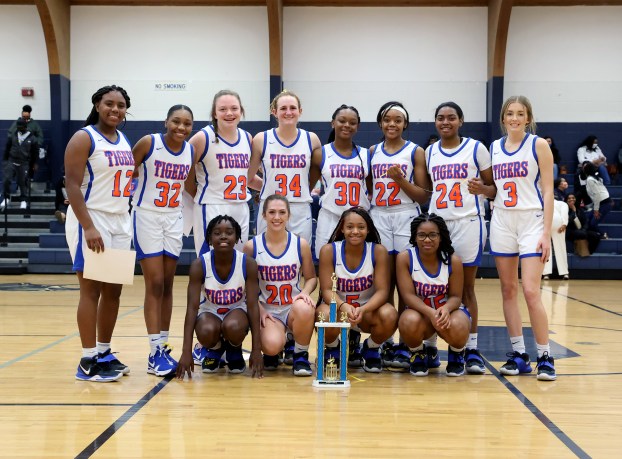 The CCHS Tigers are the 2021 girls county basketball champions after defeating Thorsby 61-42 on Jan. 9. (Photo by Brandon Sumrall/Special)

The Chilton County girls basketball team proved that they are the best the county has to offer after a 61-42 win over Thorsby in the 2021 county championship game.

The Tigers flexed their muscle with the 19-point margin of victory.

“In my book, it is expected of us to win the county tournament,” CCHS junior Marlie Giles said. “We’re really looking forward to the area tournament and are ready to show out.”

Giles scored nine points on the night and was named tournament MVP.

It was a quick start for CCHS, which jumped out to a 17-9 lead after one quarter of play.

Giles was active on the boards and used her size to create opportunities for rebounds and points in the paint.

“As I’ve gotten older, I’ve gotten better,” Giles said. “My teammates help me a lot by giving me good looks.”

The second quarter proved the most crucial toward the Tigers’ eventual triumph.

CCHS played lockdown defense in the second quarter from start to finish and successfully held Thorsby scoreless during the frame.

Thanks to the stellar effort on the defensive end, CCHS grew its lead to 36-9 at halftime. 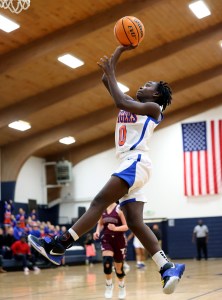 “We’ve definitely grown since last year, especially since coach has brought up a couple of the younger girls,” Giles said. “I believe that it doesn’t matter how old you are, if you’re good, you’re good.”

Although the Rebels did not add to the scoreboard during the second quarter, it was not due to a lack of chances.

Thorsby had plenty of open looks from three-point range but could not get any of them to fall.

As the Rebels struggled shooting, CCHS took command of the game with explosive guard Iasia Anderson and sharpshooter Kelsey Cleckler combining for 15 of the Tigers 19 second-quarter points.

The Rebels appeared to do a nice job slowing down Anderson at times, but at the end of the night she still finished with a game-high 23 points and was the most productive scorer for the Tigers. 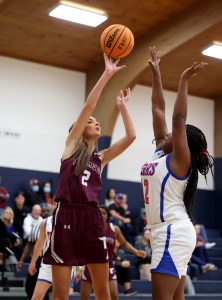 Despite being down 27 points midway through the contest, Thorsby continued to fight back and showcased the effort you expect from the defending champion.

The Thorsby Rebels are the best boys basketball team in Chilton County for the third year in a row following... read more