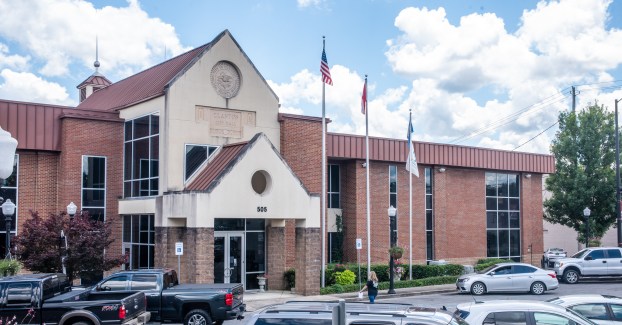 Clanton lost out on some CARES Act funding

While CARES Act funding was secured for equipment for the Clanton Fire Department, other funds remained unclaimed after the Dec. 30 deadline.

City Clerk Jonathan Seale presented information to the Clanton City Council on Jan. 7 about the lost funding opportunity under the CARES Act, which could have been used for masks, hand sanitizer and reimbursement for COVID-19 related sick pay.

“It came to our attention very late in December, we were allotted through the CARES Act close to half a million dollars of reimbursement money through the state,” Seale said. “It came to our attention that none of that was requested for reimbursement. We don’t know how that happened. It is what it is, we can’t do anything about that now. It ended Dec. 30 … Unfortunately, we lost some of that money.”

He said a pay code specifically for those who were out for up to two weeks because of COVID-19 would have been needed to track the hours. This was not used, so there is no record of how many hours were paid for this.

“We are going to start tracking it now, just in case we do get more money, in case more funds come in, we will be able to get reimbursement,” Seale said.

This would be possible if CARES Act funding is expanded into 2021.

Councilman Billy Singleton said he had received a notification that some CARES funding for 2021 would be available.

The CARES Act had initially required up to 80 hours, but now it is up to individual cities. Just how much time will be given to employees without requiring them to use personal sick time or unpaid Family Medical Leave of Absence would need to be decided.

Clanton employees who were out because of COVID-19 were paid the required up to 80 hours, but it was coded as regular pay, Seale said.

He said he has already gotten a call from someone about what to do because someone has tested positive.

The possibility of approving something at the Jan. 11 meeting was discussed.

By JOYANNA LOVE/ Managing Editor The Alabama Department of Public Health moved has Chilton County down from Very High in... read more