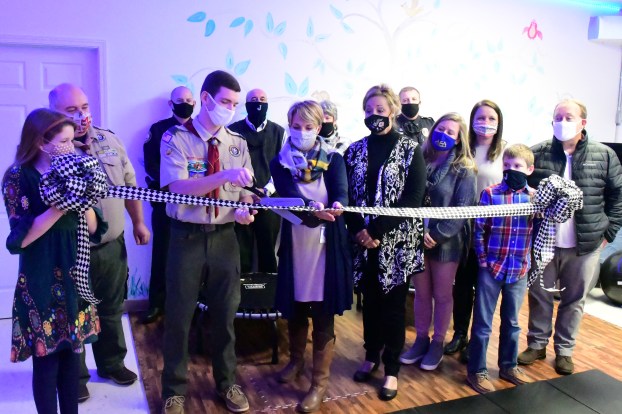 Jemison Middle School now has a sensory room thanks to a partnership with the school and Jemison High School student Nathan Bailey.

The endeavor was part of Bailey’s Eagle Scout project, and it was initiative he chose because he knew that once completed it would benefit a wide range of people.

Over the past several months, Bailey raised roughly $10,000 and helped with construction of the room.

The sensory room will offer an outlet to children with autism and other special needs at both JMS and JHS.

“It’s something that is very age-appropriate for our middle and high school kids,” JMS Principal Christy Mims said. “It really has been a great project.” 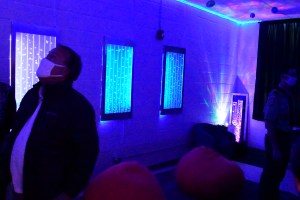 According to Bailey, the sensory room is needed now more than ever, because the pandemic has brought about an entirely new level of stress for so many people.

“Seeing what those kids go through is crazy,” Bailey said. “They experience a different stress than what we do. This will be a therapeutic place.”

Bailey explored ideas for other projects, but he knew immediately that the sensory room was a perfect opportunity to give back.

“As soon as the idea popped in my mind, I knew I had to do it,” Bailey said. “This is the best thing that I could have done for those kids.”

He expressed his idea to then-JMS Principal Kendall Jackson last year and the partnership began.

Mims made sure to maintain the partnership when she took over as JMS principal this year.

“We sat down and had a budget of about $1,500 to start with, but the donations continued to pour in,” Mims said. “We ended up with $10,000 in the end. It really has been a community project, where everyone pitched in.”

Several local businesses donated to help the project succeed, as well as Kulture City, which is a nonprofit organization dedicated to helping create opportunities for those with sensory disabilities.

The project took about three months to complete, but Bailey had been working toward the idea for about a year.

“I’m just overwhelmed,” Bailey said. “I was truly blessed to get all the donations I did for this project. That was amazing.”

Basketball season has begun for many schools in the county, but the same COVID-related issues that caused postponements during the... read more