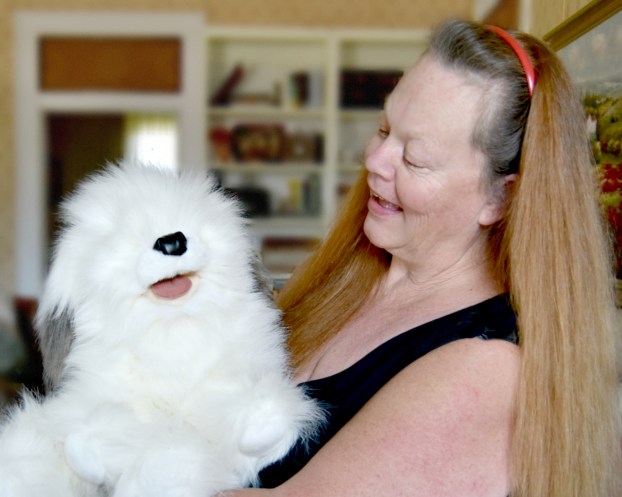 Mary Schiermann has a variety of puppets to choose from when looking to create a character. (CONTRIBUTED)

Mary Schiermann of Clanton is one of only five people in the world chosen by the Los Angeles Guild of Puppetry to participate in the Puppetzilla Puppet Slam Mentorship Program.

The program is made possible through the support of Heather Henson, daughter of Kermit the Frog creator Jim Henson, and the Puppet Slam Network.

“We have an established professional puppeteer working with participants — mentees they call them,” Schiermann said. “We are putting together a short puppet skit that will be a livestreamed performance.”

Schiermann’s mentor is professional puppeteer Robin Walsh, who is the head of puppetry for Screen Novelties. They will meet via video conferencing at least five times.

“This is an incredible opportunity for me as an artist,” Schiermann said.

Schiermann had never heard of a puppetry slam prior to hearing about this opportunity. She said it is a similar format to a poetry slam in that multiple individual artists perform but is more like a variety show than a competition.

She plans on taking what she learns in the mentorship and sharing it with other members of the Central Alabama Performing Arts Guild, of which she is president. There are already plans for CAPA Guild to host a virtual puppetry slam next year.

“Me being able to do this now is affording our guild the opportunity to learn and grow and do these online experiences,” Schiermann said.

“This mentorship has been an education on a level I never anticipated,” Schiermann said. “I had no idea the history of puppetry, the art of puppetry, the background, the possibilities of what you could do as an artist.”

She said learning to use multiple screens to shoot her puppet poem has been challenging.

Schiermann said her piece is inspired by Edgar Allan Poe’s “The Raven.” “The Corvid Corbid” will feature a raven and a lightning bug puppet.

The program provided a stipend for the mentees.

Schiermann applied to the program after seeing a post about it on social media. The fact that it would be conducted entirely online caught her attention as she is coordinating virtual opportunities for the CAPA Guild to stay connected and perform.

After submitting her application essay, Schiermann forgot about it.

“I don’t win anything,” Schiermann said. “But, sure enough I got this notification … that I was one of five participants accepted.”

The mentees are from the United States, Trinidad and Mexico.

“They had submissions from all over the world,” Schiermann said.

Schiermann’s love for performing arts was rekindled at the Clanton campus of Jefferson State Community College when she enrolled at the age of 52. Schiermann said English teacher Ashley Kitchens “helped me learn how to write papers … but she also afforded me the opportunity to get back on stage as an actor.”

From there, Schiermann attended Troy University’s Montgomery campus, but she also took online classes that forced her to improve her computer skills.

Now, the skill set and the love of arts that she cultivated in college are coming together to allow her to continue what she loves despite live performances being on hold due to COVID-19.

By JOYANNA LOVE/ Managing Editor Bridges of Faith in Billingsley has received an unexpected gift that it is hoping to... read more