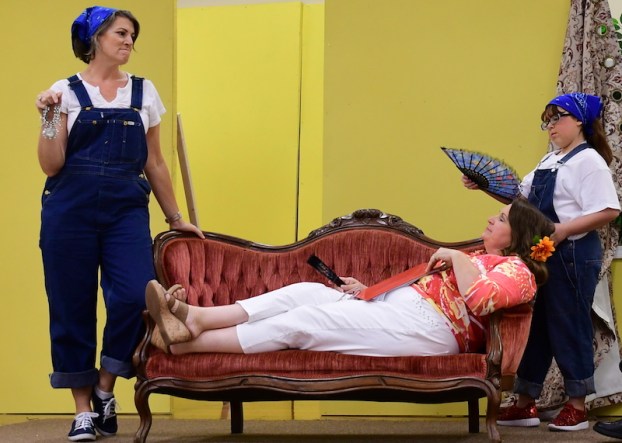 The Central Alabama Performing Arts Guild is moving from the stage to the screen with a series of puppetry workshops. (FILE)

In these days of social distancing, many groups based on live performance are looking for alternative ways to reach audiences.

The Central Alabama Performing Arts Guild, which is based in Chilton County, is one of them.

Having canceled all in-person meetings and performances because of COVID-19 concerns, the group has begun meeting again via video conferencing.

“We have some workshops going on,” Mike Schiermann of CAPAG said. “We have some performers adults and children — three generations of performers who are interested in doing puppetry.”

Members have been working on puppet skit ideas and brainstorming ideas for filming.

Some are creating their own puppets, while others have ordered theirs online. Mary Schiermann of CAPAG said the opportunity to participate in the virtual workshops is open to everyone for free. The workshops will be held Mondays at 7 p.m. Puppetry will be the focus for August. Writing scripts for videos will be next month’s focus. Potential ideas for the future also include improve games and radio plays.

“We want to give these performers the opportunity to stretch their wings and get something viable for the public to see,” Mike Schiermann said.

Participants will need to have the free video conferencing app Zoom and email capaguild@gmail.com for an event invite.

“We are taking some baby steps now and learning our way,” Mike Schiermann said.

A tech crew is being assembled to walk participants through how to film a video of their performance to send for compilation in a final production video.

“We’re still learning, but we are giving people a chance to be creative,” Mike Schiermann said.

The goal is to have some videos available to the public by the end of September.

“It is exciting for us as a group to be afforded this opportunity to learn this new approach to performance,” Mary Schiermann said. “We all kind of bumped up against a wall of opposition at first. It isn’t as thrilling as being up on stage, it is not as familiar … the energy is different, but you work with what you have, and we certainly are grateful for the opportunity, grateful that we live in a time that we have cellphones that can take a video, we have equipment at home that we can utilize.”

The Guild is also looking into making portable production kits available for loan to participants to give optimal lighting and sound for recording at home.

“It has been really great getting to reconnect … have conversations and start to collaborate,” Mary Schiermann said.

Guild leadership reached out to past performers to see if they would be interested in doing something and many wanted to be a part.

“We are pleased and excited, and the energy has come back into the group,” Mary Schiermann said.

CAPAG’s musical arm The Usual Suspects has also been unable to meet. Mary Schiermann said figuring out a way to do this via video conferencing is a bit more complicated, but they are hoping to figure something out.

By JOYANNA LOVE/ Managing Editor Chilton County Commissioners have received a preliminary report on the ransomware intrusion of the Commission... read more