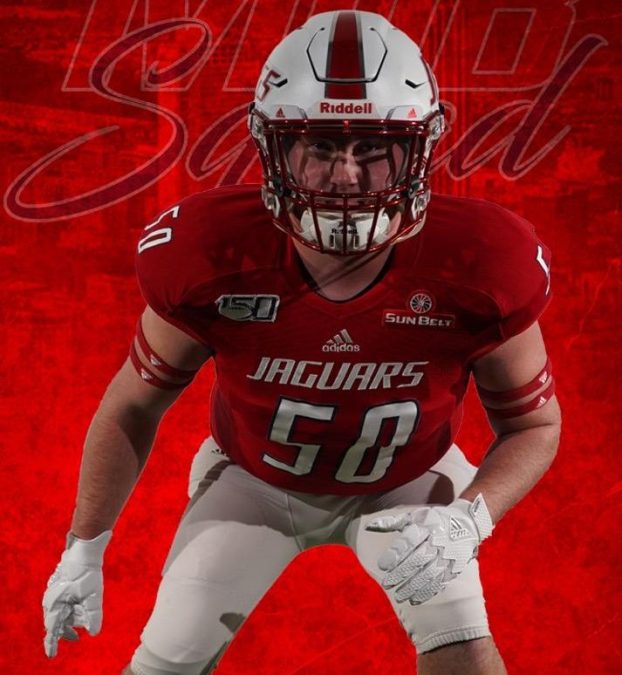 This time next year, Isabella senior offensive tackle will be preparing to play college ball, after announcing his commitment to play football at the University of South Alabama.

“I’m nervous and excited at the same time,” Johnson chuckled.

Johnson made the announce on June 10 via his Twitter page @BrettJohnsonOL.

He had a line of scholarship offers from schools throughout the country, but at the end of the day it was South Alabama that stood out.

It is a little more than a three-hour drive from Isabella High School to the South Alabama campus in Mobile.

Because of its proximity, Johnson’s family will be able to make the drive to watch him play on Saturdays during the fall.

According to Johnson, the relationships he developed with the Jaguars’ coaching staff also played a major role.

“The past few days I had thought about it, and I’m just looking forward to getting better and better,” Johnson said.

He understands that committing is just the next step, and there is always room for improvement.

“You’ve got to keep working harder and harder to seal the deal,” Johnson said.

While growing up, Johnson did not just dream of one day playing in college, but also truly believed that it was possible with the right approach.

“I’ve always tried to reach my full potential,” Johnson said. “It doesn’t matter how big or small your school is, it’s all about the work you put in.”

By signing during the offseason, it will allow Johnson to focus solely on finishing his high school career on the right foot.

He is projected to be one of four returning starting offensive lineman for the Mustangs.

He thanked all his coaches, family members and “the big man up above” for helping him and continuing to provide advice along his path.

“I couldn’t have done any of this without them,” Johnson said. “They are the reason I’m here.”

Shayla Hamilton had a busy week last week, as the Chilton Christian Academy senior took part in both the school’s... read more