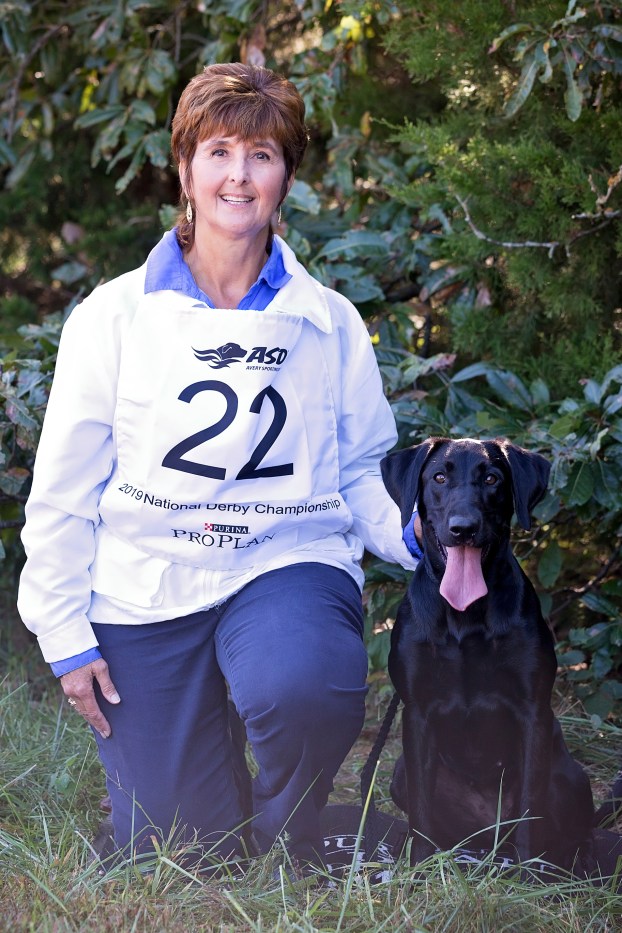 Joyous, black Labrador Retriever, Lucy knows the meaning of “hard times” and overcoming them. Lucy, age 3, began professional training for competitions when she was just a puppy. However, her owner Robin Cagle of Clanton noticed that Lucy, at eight months old, had a wound on her leg and made an appointment with the veterinarian. During the doctor’s visit, he noticed a growth on Lucy’s neck. A simple blood test was given, and afterward Lucy was diagnosed with Pythiosis, also known as “Swamp Cancer.”

Pythiosis is a debilitating disease that most commonly occurs in the Southeastern United States and can affect dogs, cats and horses. It is transmitted when the animal comes into contact with still or stagnant water. The organism enters the skin through an open wound or if ingested, will affect the intestines. Because the disease is not usually caught in the early stages, the prognosis for survival is 20-25% and can lead to amputation or death.

“Pythiosis isn’t usually diagnosed until it is too late,” Robin said. “By then, the mass has spread to the lymph system.”

After surgery to remove the growth, Lucy began taking treatments to kill any remaining bad cells.

“Some days she was so tired and uninterested in eating that she would only eat the food I gave her from my hand,” said Robin.

Lucy finished her treatments and began training for competitions again. However, she had spent five months in immunization therapy instead of training during her “puppy years,” which is considered optimal training time.

In October 2019, she competed in the annual, AKC National Retriever Derby Championship in Sedalia, Missouri. Eighty dogs entered the competition, and over the course of five days were judged on a merit of time, waiting for the handler’s command, giving the bird over to the handler, their direct path to the bird and return and style. Robin explains that some of the points are given for harder tasks such as the “retired gun” series in which the person with the gun hides, making it more difficult for the dog to find the bird.

“Some of the retrieving tests are 400 yards away and through various terrains such as water,” said Robin. “If the dog is getting off course, a short whistle is blown, the dog looks back at the handler for command and can be guided to the location of the bird by watching for certain hand motions.”

At the end of the week-long competition, Lucy was selected as a finalist. She and her brother Hero both placed in the nation’s top 10. She was recently featured in Retriever News magazine. Her prevailing story of hope continues to inspire and will soon also be featured in Canine Chronicle magazine.

Robin and her husband Chuck also have another Labrador Retriever named Doc that travels to compete in state and national championships.

“We love the joy of being able to compete. It is challenging!” said Robin. “We get anxious, too. You want to be able to tell the dog exactly what they need to know in the moment. We also enjoy making friends from all over the country. Last year we visited retriever friends in Vancouver, Canada and went whale watching with them.”

Lucy is currently continuing with training. The Cagles are hopeful that competitions will continue this year despite COVID-19. Even though Lucy has been cleared of having Pythiosis, Robin continues to monitor her.

“I want people to be aware of the symptoms of Swamp Cancer and its prevalence in the Southeast,” said Robin. “If your animal is weak, having loose stools, a lump or something that looks like a puncture wound, please take them to the vet. Early detection is essential in saving their life.”

June will be a welcome month for high school coaches around Chilton County, as the AHSAA has decided to allow... read more