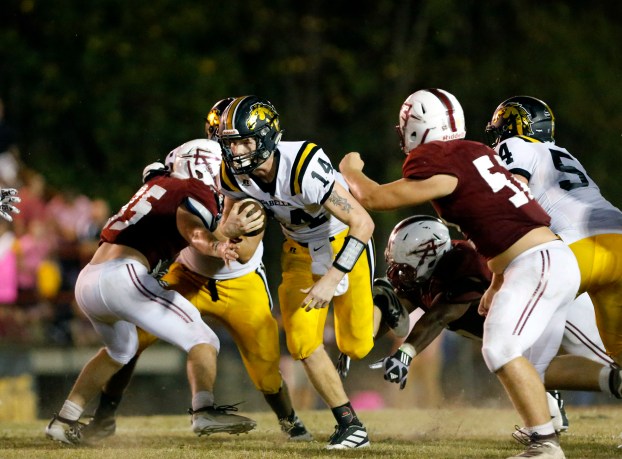 Cole Atchison has signed to play football at Culver-Stockton College in Canton, Missouri, just months after being named The Clanton Advertiser’s 2019 Offensive Player of the Year.

Most children grow up playing in the yard with the dreams of one day having the chance to play college or pro football.

“Surreal” was the best word Atchison could think of to describe his current situation.

“It hasn’t hit me yet, but I can imagine it will,” Atchison said.

One of the things that swayed Atchison’s final decision was the opportunity to play quarterback, which he will have the chance to do at Culver-Stockton.

He was able to go on a tour of the campus during the recruiting process, which included visiting every building on the 500-acre campus.

According to Atchison, shortly after the completion of the tour he knew Culver-Stockton was the place for him. 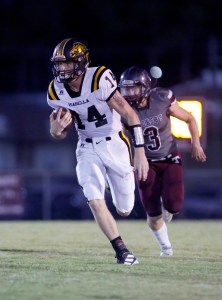 Atchison will have the opportunity to play quarterback at the next level. (File photo)

Although he will show up ready to compete for the starting quarterback job, he also understands that sitting and learning for a year would be something he can surely benefit from if it plays out that way.

Waiting his turn is something Atchison is familiar with, having bided his time on the Isabella depth chart before taking over the starting quarterback role and following it up with a senior season that will not soon be forgotten.

It was his sophomore year of high school when Atchison first realized that he might have what it takes to play at the next level.

However, his path was not always clear cut, and he went back and forth about whether going the college route was the right choice for his future.

It was his family and coaches that had a heavy influence in his decision to attend college.

“My teammates have also always been supportive in everything I do,” Atchison said. “I thank them for always having my back.”

Gavin Jones was the lone senior on this year’s Maplesville baseball team, but it was a role he welcomed from... read more