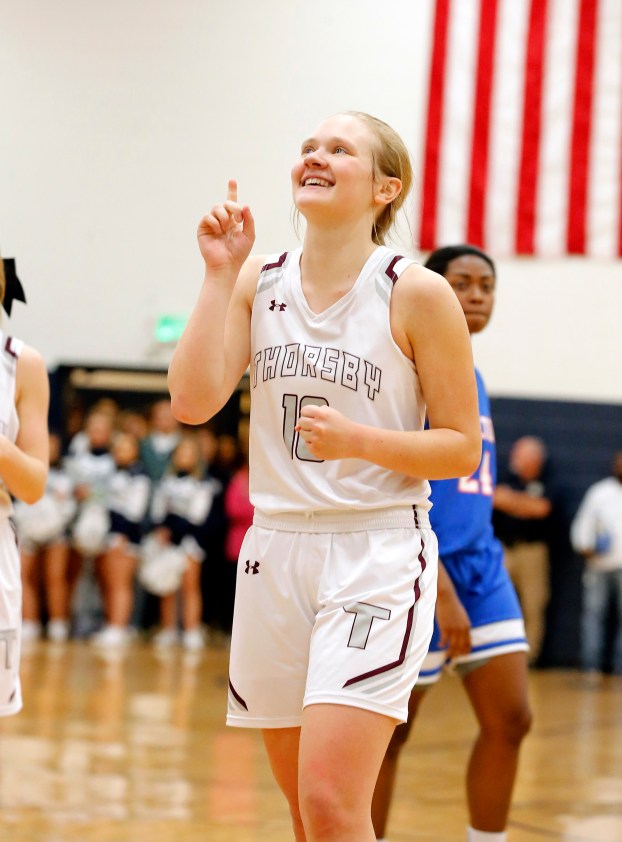 There is something about basketball that Carlee Wyatt has always been captivated by ever since she started playing competitive at 4 years old.

When growing up, Wyatt would oftentimes choose to shoot a basketball during P.E. class, while the majority of the other girls went off to play other games.

This dedication to sport is one of the main reasons why the Thorsby junior is The Clanton Advertiser’s 2020 Girls Basketball Player of the Year.

“It’s one of those things that I’ve dreamed about,” Wyatt said. “It’s kind of crazy.”

Wyatt had a phenomenal junior season, in which she averaged nearly 20 points per game.

Her hot shooting proved to be a catalyst and meshed perfectly throughout the season with a crop of emerging talent.

One of Wyatt’s most cherished memories from the past season was winning the county championship.

“I think about it all the time,” Wyatt said. “It meant a lot that we were able to do that for our school.”

Wyatt had a knack for turning in stellar performances on some the biggest stages, as she averaged more than 20 points per game in both the county and area tournaments.

She carries her strong belief in God with her in whatever she does, and that includes when she’s on the basketball court.

“Even though basketball is such a big thing to me, I know that if I’m glorifying God that’s all that matters,” Wyatt said. “It’s even more important than winning even though that’s not what the world says for success, it’s what I have to do to be a successful Christian.” 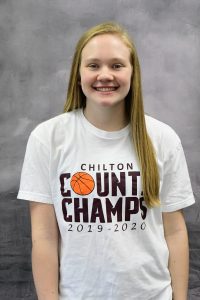 According to Wyatt, when she gets informed after a game that she scored 25 points, surprise is one of the first things that pops in her head not having realized her point total climbed that high.

“I’m always pretty hard on myself, so I really never think that I’m doing the best job,” Wyatt said.

Wyatt’s shock is an example of how dangerous she is with the ball in her hands and offers a glimpse into her desire to end each trip down the court with points on the scoreboard, whether it means she puts the ball through the hoop or she sets up one of her teammates.

Although only a junior, Wyatt has been playing on the varsity squad since seventh grade. That experience was evident in the way Wyatt carried herself on the court and around her teammates this past season.

“Getting that head start to play against older competition definitely pushed me,” Wyatt said. “If I don’t have something or someone to drive me to be better, I’m probably just going to stay the same.”

Ball handling was something that Wyatt worked one heading into her junior season, and it led to her spending more time with the ball in her hands helping direct situations on the court.

However, even the best shooters have nights when their shots do not fall.

This is another aspect that has taken Wyatt time to master, but an area that she made great strides in during the season.

According to Wyatt, the result of her first couple of shots no longer tell the story of how her stat line is going to look by the end.

“I’ve grown a lot mentally, because those first couple of years if I didn’t make the first couple of shots I would just give up mentally,” Wyatt said. “I’ve learned that it’s a long game, and you can’t give up in the first two minutes. You’ve just got to keep going, because you never know when your shots are going to start falling.”

Some of the goals that Wyatt has in mind for her senior year next season is repeating as county champions, making it to the Sweet 16 in the state and raising her points average yet again.

By BRANDON SUMRALL Special to the Advertiser With concerns rampant over the ifs and buts of what may or may not... read more