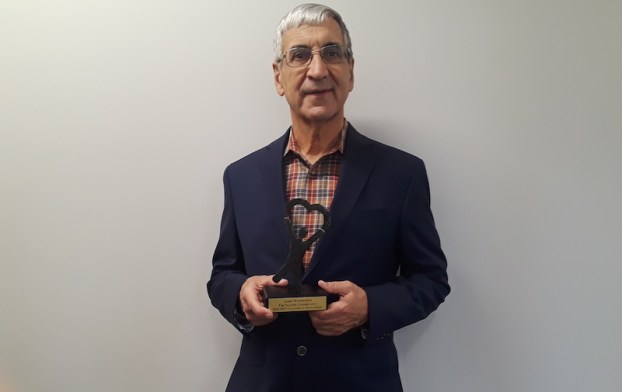 Wadsworth was nominated for the honor by The Nature Conservancy for his continued service as a trustee.

“I am the longest serving trustee in the Alabama chapter,” Wadsworth said.

He has been involved with the organization since 1996.

Wadsworth said land preservation is important to him because “the natural world is a special place. You need to preserve it. You can’t create it, so we need to preserve what we’ve been given.”

Each year, The Nature Conservancy nominates a trustee for the National Philanthropy Day Award Winner.

The trustees with the organization “work with the executive director for priorities for the chapter with land conservation,” Wadsworth said.

Wadsworth said the group partners with other organizations with similar goals to preserve land and public access to preserved land.

This could include supporting efforts to purchase undeveloped land next to a national park to expand the park.

In addition to his work with The Nature Conservancy, Wadsworth’s philanthropic activities also include establishing the St. Vincent’s Chilton endowment and supporting a scholarship to his alma mater through involvement with the Chilton Auburn Club.

All recipients were honored during a reception at The Harbert Center in Birmingham on Nov. 15. Wadsworth said several charitable organizations in the Birmingham area had their nomination selected as a winner for the award day. Each winner received a small trophy.

Wadsworth is the owner of Wadsworth Oil Company located in Clanton.

It is that time of year again when Chilton County DHR works on granting the Christmas wishes of foster children.... read more