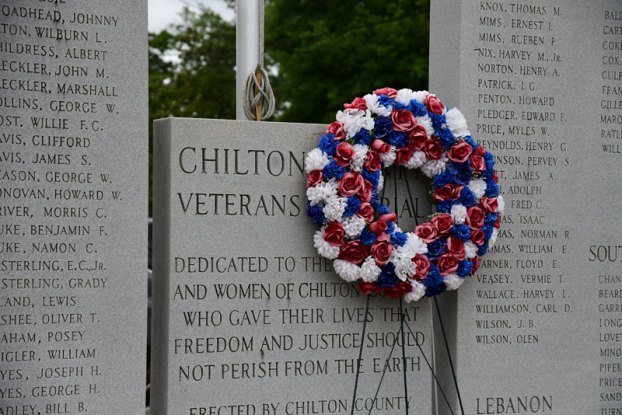 Guest speaker Jessie Rojas, a veteran of the Marine Corps, was the guest speaker at the event. After his speech, members of the VMC read the names listed on the monument. The honored men served in World War I, World War II, the Korean War and the Vietnam War, as well as operations in Lebanon and Iraq.

Sasser and Speaks are the only living nieces of Dr. Samuel Earle Johnson, a Clanton native who set up a medical practice before joining the Navy in 1917. Johnson joined a month after the U.S. entered World War I, and decided to stay until the war ended.

In 1940 he was assigned commander of the medical corps on the USS Arizona. Johnson died on board the USS Arizona on December 7, 1941, when it was sunk during the Japanese attack on Pearl Harbor.

The ceremony concluded with the playing of taps.