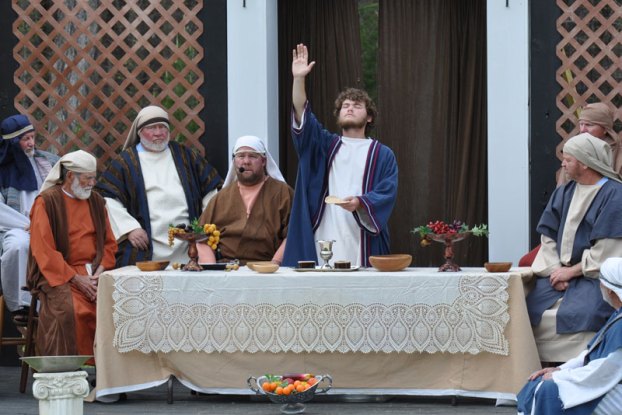 Providence Baptist Church will present a live dramatization of the biblical Easter story for the 36th consecutive year.(Contributed)

Providence Baptist Church in Clanton will have its annual live dramatic presentation of the biblical Easter story on April 16 at 6 a.m.

The tradition has been part of the church’s calendar since 1981, according to the Rev. Glenn Bonds. Church secretary Nila Minor had the idea to do the outdoors performance, according to Bonds. This year will mark the 36th year of the performance.

“It’s just continued to grow over the years,” Bonds said. “Palm Sunday was the largest crowd we’ve ever had at a dress rehearsal; just over a hundred people came to see it. Easter Sunday morning we range from 200 to 400 from year to year.”

Members of the church and returning families participate in the free production, which tells the story of Jesus Christ from his birth to his resurrection and ascension using scriptures, songs and actors. About 60 people are in the performance this year.

“We’ve seen children that have been born into families in the church and have grown up in the service,” Bonds said. “[I’m thankful] to have been here long enough to have watched children [from] when they’re three or four years old grow up to become a disciple, a wise man or Jesus even. That really means a lot and it has a deep impression on me.”

Bonds said one family has four generations in the service this year. The service has also become a tradition for some outside the church.

“There’s always new people here … I have noticed over 18 years that there are some that are not connected to our church, but they come back every year,” Bonds said.

The service will be at 6197 County Road 97 in Clanton. Attendees are encouraged to bring a lawn chair or blanket to sit on.