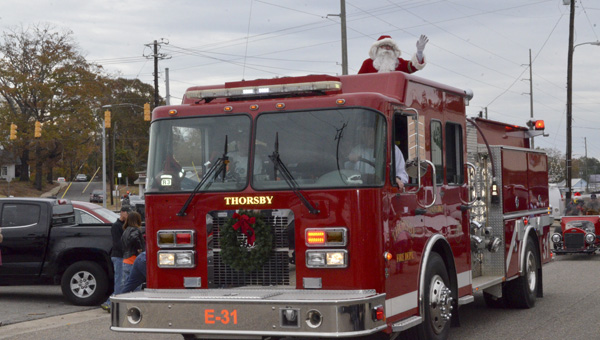 The Thorsby Fire Department gave Santa a ride during the annual Thorsby Christmas Parade on Saturday. (Photos by Anthony Richards)

The Town of Thorsby came together and welcomed the Christmas season with its annual Christmas parade on Saturday.

Residents lined the sides of Highway 31 as floats made their way along the designated parade route.

The parade is one of the marquee events on the town’s calendar each year. This year’s parade consisted of roughly 30 floats, not including walking groups.

“It’s good for the people of our community, but also for those outside to see what we’re all about,” Thorsby Mayor Robert Hight said.

Hight would love to see the parade expand and grow even more in the coming years.

It was an overcast morning with the threat of rain not coming to fruition until after the parade had ended. 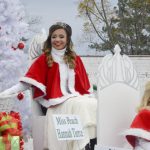 The Peach Queens were one of several floats in the parade.

“Everything went as planned and the weather held off,” Hight said.

Several queens rode in the parade, including winners from the Swedish festival, Peach, Chilton County, YMCA and Christmas Carol pageants.

The police and fire departments were heavily involved in the parade and escorted Santa at the rear of the parade in one of their fire trucks.

“Christmas time is the best time of year,” Hight said. “The parade just adds to that.” 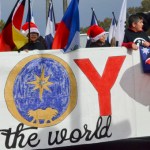 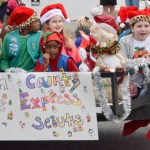 Girl Scouts ride along on the Chilton County Cookie Express. 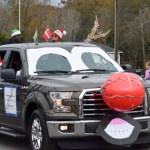 Circuit Judge Bill Lewis rides in the back of a pickup truck disguised as Rudolph the Red-nosed Reindeer. 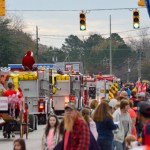 Residents lined both sides of Highway 31 to catch a glimpse of the parade. 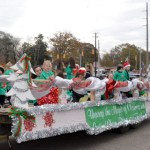 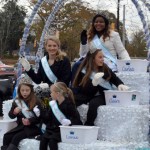 The YMCA Queens wave to the crowd. 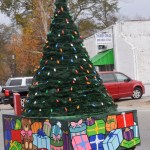 Each float had a touch of Christmas spirit. 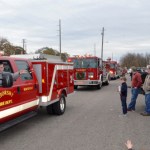 Members of the Thorsby Fire Department toss candy to kids in the crowd. 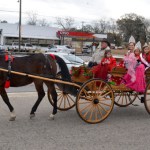 Miss Christmas Carol Queens ride along in a horse-drawn buggy.

Liaison duties for the newly elected Chilton County Commissioners were agreed upon during a Commission meeting on Monday. The position... read more