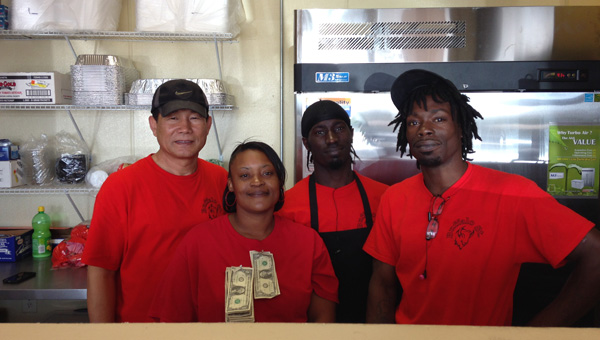 By Leisl Lemire | Special to the Advertiser

Specializing in seven flavors of wings and a wide variety of seafood, new restaurant Buffalo Street could become a fixture in the Associated Foods shopping center off Highway 31 in Clanton.

Open for about two weeks in its new location, customer Nathan Perkins discovered Buffalo Street about a week ago when a friend brought him by to share lunch together.

May 5 was his third visit back since that first trip.

Perkins said his favorite item on the menu so far—actually the only item he has ordered—is the whiting fish, which is No. 6 on the “All Day Special” list. 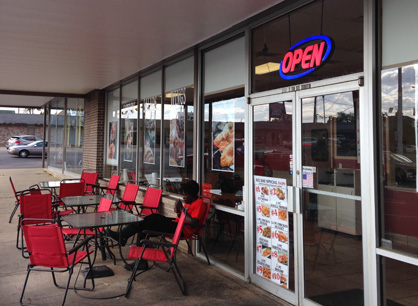 Moving in: Buffalo Street restaurant is located at 202 Seventh St. S. in Clanton, at the site of the former Neighborhood Grill in the Associated Foods shopping center.

“They give you a nice portion on a hot plate, the food tastes great and they have great prices,” Perkins said.

Chong said he chose Clanton for his third location “because of the small-town atmosphere and reduced competition from larger city restaurants.”

The other locations are in Hayneville and Selma, which has been open for eight and a half years.

Making Buffalo Street a different from other local restaurants is its fresh seafood offering.

The most requested menu items are shrimp, whiting and catfish fillets among the seafood options, while the wings are a consistent favorite as well, Chong said.

A group forms a circle of prayer around the national, state and city flags with Clanton City Hall in the... read more