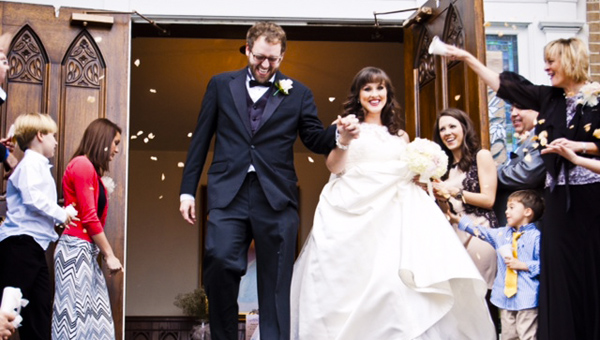 The bride is the daughter of Lee and Rondalyn Philen of Beatrice. The groom is the son of Craig and Corley Cleckler of Clanton.

Presented in marriage by her father, the bride was attended by her sister, Christy Philen McLelland, as matron of honor, and college friend Jessica Ramspeck as maid of honor.

The bride’s book attendant was Ashley Makelle Minor, cousin of the groom.

A reception was held at Jemison Municipal Auditorium in Jemison.

The bride graduated from Auburn University with a Bachelor of Fine Arts in ceramics, a Master of Art Education and is currently completing a Master of Liberal Arts degree in art history.

She is employed as the art education specialist for the city of Auburn as well as an adjunct art history professor at Southern Union Community College.

The groom received a Bachelor of Liberal Arts in commination from Auburn University and is currently completing his Master of Business Administration from Samford University.

He is employed as a claims processing support analyst at Blue Cross and Blue Shield in Birmingham.

The newlyweds reside in Auburn.