Alana Michelle Moore and Clarence Brittin Turner V were married on June 2, 2012, at Southern House and Gardens in Knoxville, Ala., with the Honorable Gay M. Lake officiating at the 4:30 p.m. ceremony.

The bride is the daughter of Renee and Doug Powell of Clanton and Jamie and Craig Moore of Lake View. She is the granddaughter of the late Loretta and Bobby Foreman and Louise and B.A. Moore. 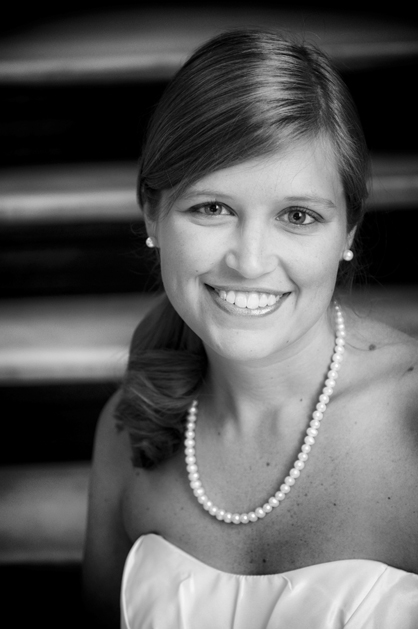 Given in marriage by her parents and escorted by her fathers, the bride wore a side-draped gown of white taffeta silk featuring a Renaissance laced back and chapel-length train.

The bride was attended by Melissa Moore Hill of Jacksonville, Fla., sister of the bride as matron of honor.

Bridesmaids were Angela Priola of Hoover, Rachael Hill, Maria Priola and Leigh Summerlin, all of Tuscaloosa, and Sara-Elizabeth Turner of New York, sister of the groom.

The bridesmaids wore short, strapless dresses in clover green polished cotton. Annamarye Morgan of Birmingham, cousin of the bride, was the junior bridesmaid.

Britt Turner IV of Tuscaloosa, father of the groom, served as best man.

The groom wore the Dress Blue Uniform of the United States Navy.

Hudson Powell, nephew of the bride, was the ring bearer.

James Morgan of Birmingham, cousin of the bride, and Jorden Hill of Jacksonville, Fla., brother-in-law of the bride, served as ushers.

A reception on the grounds at Southern House followed the ceremony.

After a honeymoon trip to the Florida Keys, the couple will reside in Jacksonville, Fla.